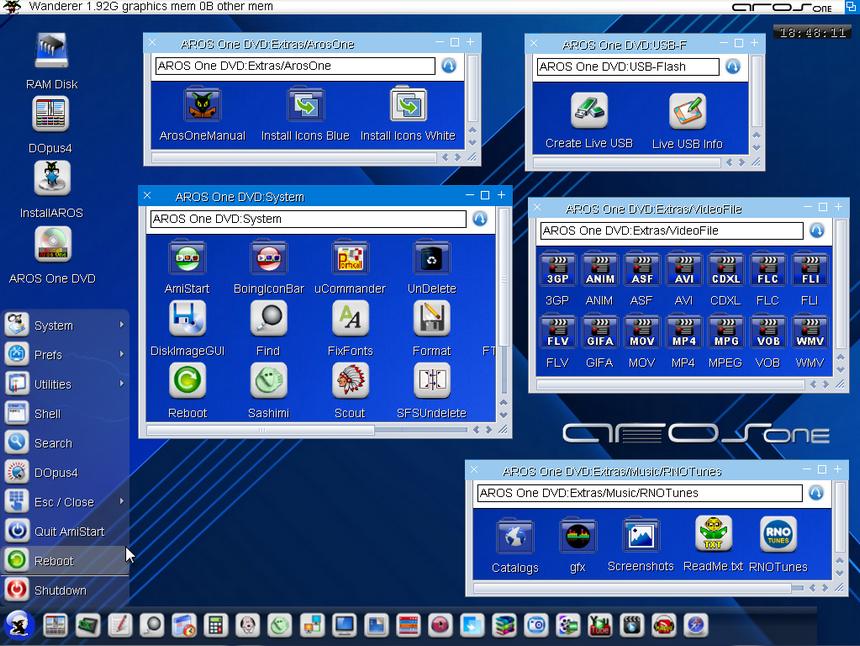 As posted on Amigaworld.net, a new version of AROS One has been released!

AROS One x86 v1.9 ReleasedNew release of AROS One x86, many new features included in this new version, the possibility to change all the Blue DualPNG icons of the system to the new White DualPNG icons with a simple click.Many software have been updated and new software has been added, even the games section includes new games installed.AROS One x86 v1.9 includes the “Aros One x86” manual in PDF, GUIDE, HTM and DOC (PC-Windows) formats.More information on all updates can be found in the attached list:

What we are building is a modular display platform to take us into the future of retro computing and gaming or as we say, “Yesterday’s Technology Tomorrow”. It’s the base on which to build your own future proof display solution based on what you need, and with great build quality and good looks. And it’s flexible and upgradable enough for it to last you a lifetime.

“Checkmate really helps in keeping the Amiga alive and relevant. Professionally made new hardware products like these are so encouraging to see. The monitors give a clear and vivid display, providing an ideal all-in-one retro computer solution.”

CRT displays of the kind we all grew up with are terrific displays, but they come with a price. They are not modern tech and as such they are expensive and difficult to maintain, like classic pinball machines or arcade games. We knew we had to come up with a better, more future proof solution going forwards and what we’ve designed is the Checkmate Retro Styled Modular IPS Display platform. Modular inputs and modular outputs.

Modular outputs – it doesn’t come with a panel as standard, you have to add that afterwards depending on what you need. We had to do it this way, start with a base and add options. It’s the only way to be all things to all people. 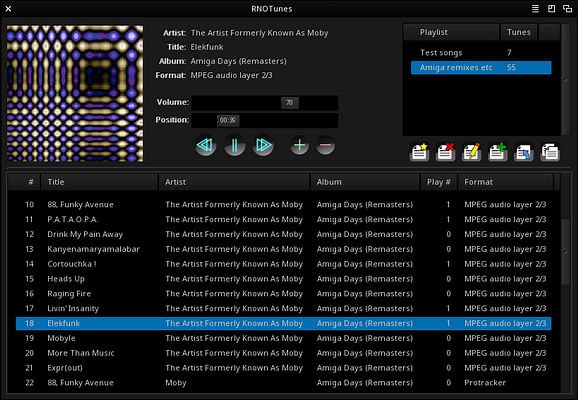 RNOTunes is a GUI based audio player application with support for many different audio formats, embedded cover images, and Last.fm scrobbling. A video demonstration of the program is available on YouTube.

The program is available for AROS (i386), AmigaOS 3 (68k and WarpOS), AmigaOS 4, and MorphOS. Please visit its homepage for more information, screenshots, and download links. 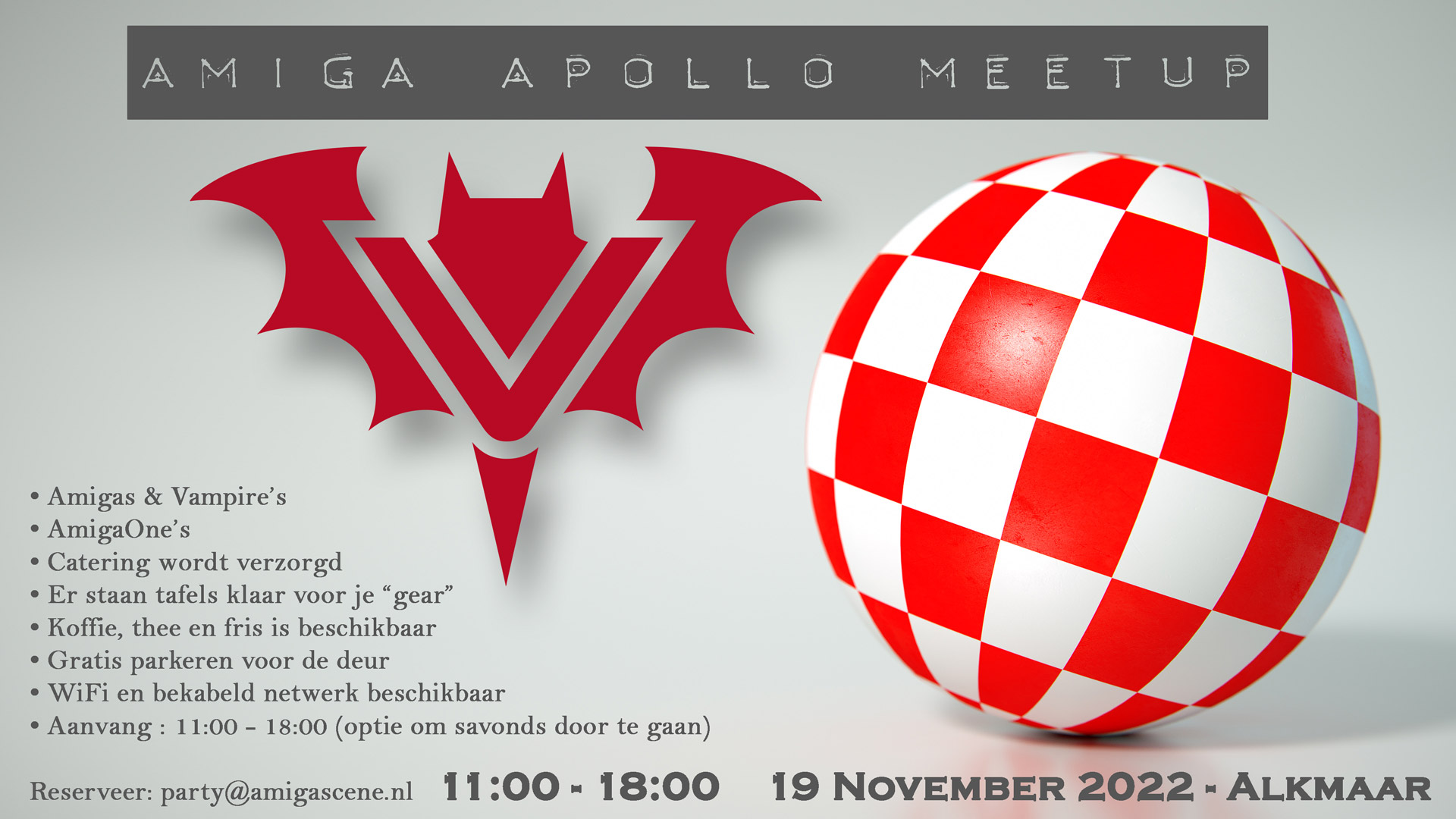 What a great day iit was, the 19th of November at the Amiga Apollo Meetup in Almaar the Nehterlands.  Very well organized by Paul ‘Sananaman” Koster (owner of the dutch amiga website https://www.amigascene.nl) and the Dutch Apollo Vampire representative Willem Drijver. There was a lot to see. All Vampire flavours, but also classic amiga`s, ng amiga X5000`s a MiSTer FPGA in nice Checkmate case and the original arcade PCBs. Besides the good catering complete with sandwiches and snacks, there were many nice people to meet. Looking forward to the next episode!. 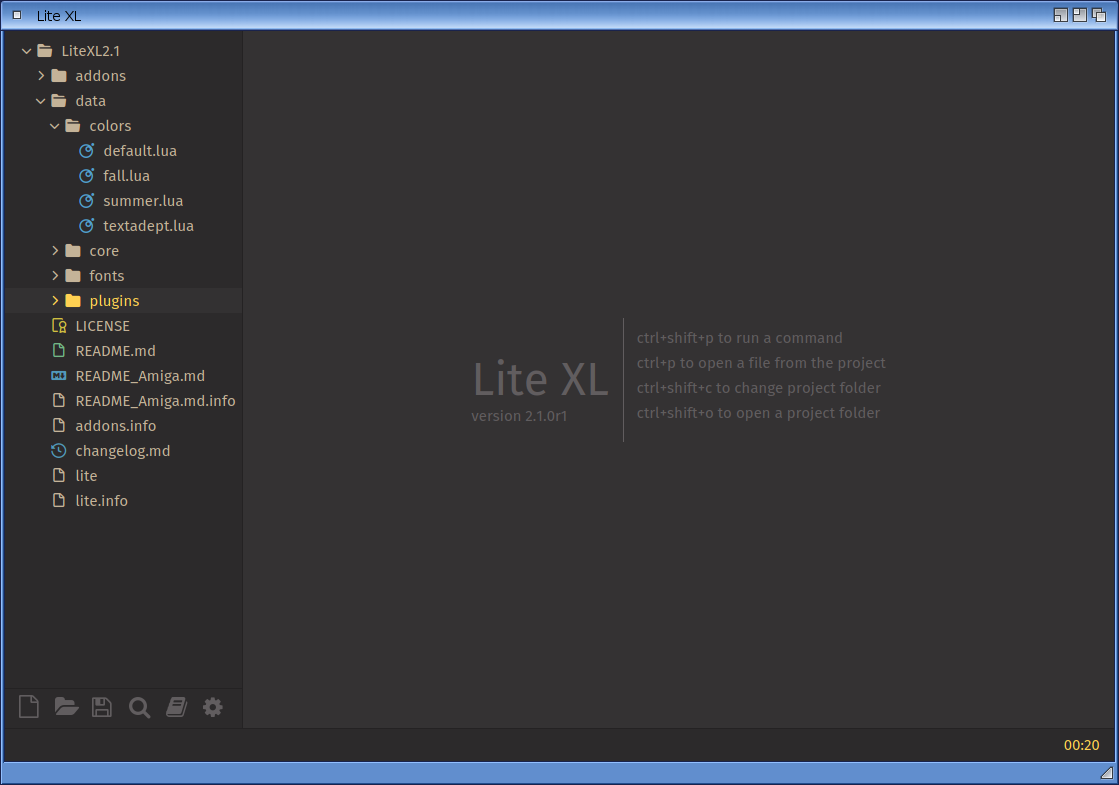 Hope you are all ready for one more release of LiteXL editor, for both AmigaOS 4 and MorphOS. This release is one of the best I made because there are a lot of new features and fixes.

This release brings the code more up-to-date with the official repository and closer to the v2.1 release, which is still in development. This means that we have the latest code as it is created by the original team, which will make future releases easier to be ported unless a huge change will happen.

Source: LiteXL 2.1.0r1 release – Ko-fi ❤️ Where creators get support from fans through donations, memberships, shop sales and more! The original ‘Buy Me a Coffee’ Page.

Airsoft Softwair is proud to announce that version 1.5 of the AVCodec plugin for Hollywood has just been released. This plugin allows Hollywood scripts to load all kinds of video and audio formats supported by FFmpeg. Version 1.5 is a minor update which introduces support for parametric stereo and contains some fixes.

ZitaFTP Server v1.34 has just been released, and can be downloaded here. This version marks a major milestone: it’s no longer a pre-release.

As posted by @Trixie on Amigans.net and his blog (http://www.rearwindows.cz), RAVE the sound editing program for AmigaOS 4.x is ready to hit the public. Many thanks to @Trixie for making this possible! 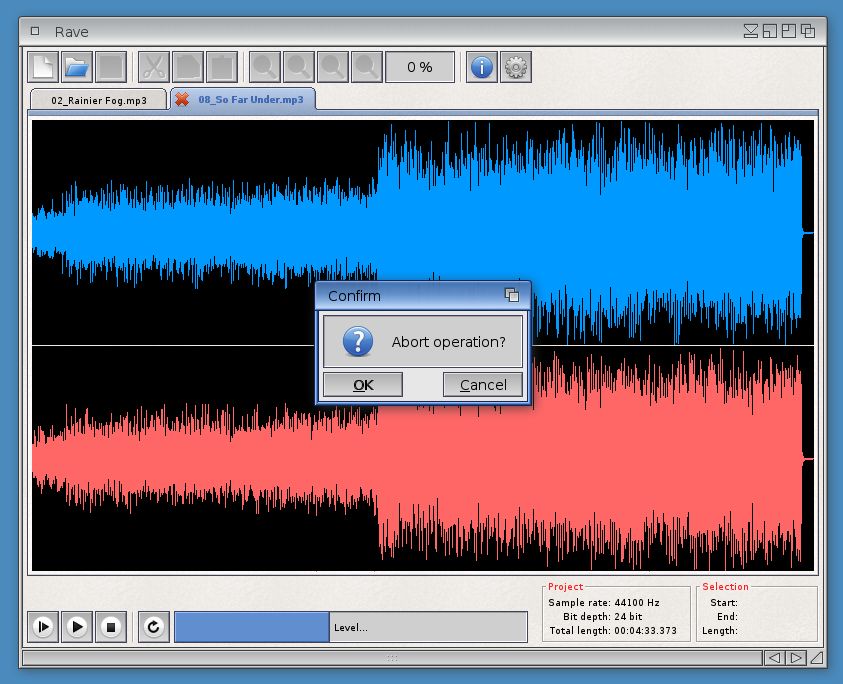 To celebrate Hollywood’s 20th anniversary this year, Airsoft Softwair, the hardest working men in code business, are back on your screen with another massive release: This time we are proud to present the brand-new version 6.0 of our famous Hollywood Designer. Hollywood Designer 6.0 is a full-blown multimedia authoring system that runs on top of Hollywood and can be used to create all sorts of multimedia-based applications, for example presentations, slide shows, games, and applications. Thanks to Hollywood, all multimedia applications created using Hollywood Designer can be exported as stand-alone executables for the following systems: AmigaOS3, AmigaOS4, WarpOS, MorphOS, AROS, Windows, macOS, Linux, Android, and iOS. This is a feature that is totally unique in the Amiga world!

Hollywood Designer 6.0 is a massive update and boasts lots of new features and improvements over the previous version. We do not want to bore you, so here are just some of them: 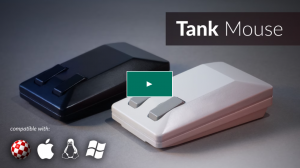 Tank Mouse is a brand new computer mouse, inspired by the famous Commodore Amiga 1352. However under the classic look a modern technology is hidden. Tank mouse blends retro-computing passion with everyday tasks. This modernized version is a wireless optical mouse, which received a touch panel, placed between the two buttons, for scrolling. Tank Mouse operates under Bluetooth or 2.4GHz, which makes it possible to connect to almost any kind of device, but more importantly it can be used with your original Commodore Amiga computer! The mouse connects directly to all computers supporting Bluetooth, for other computers a small USB receiver is included. The iconic bold design makes the mouse not only unforgettable but also suitable for left and right-handed people.